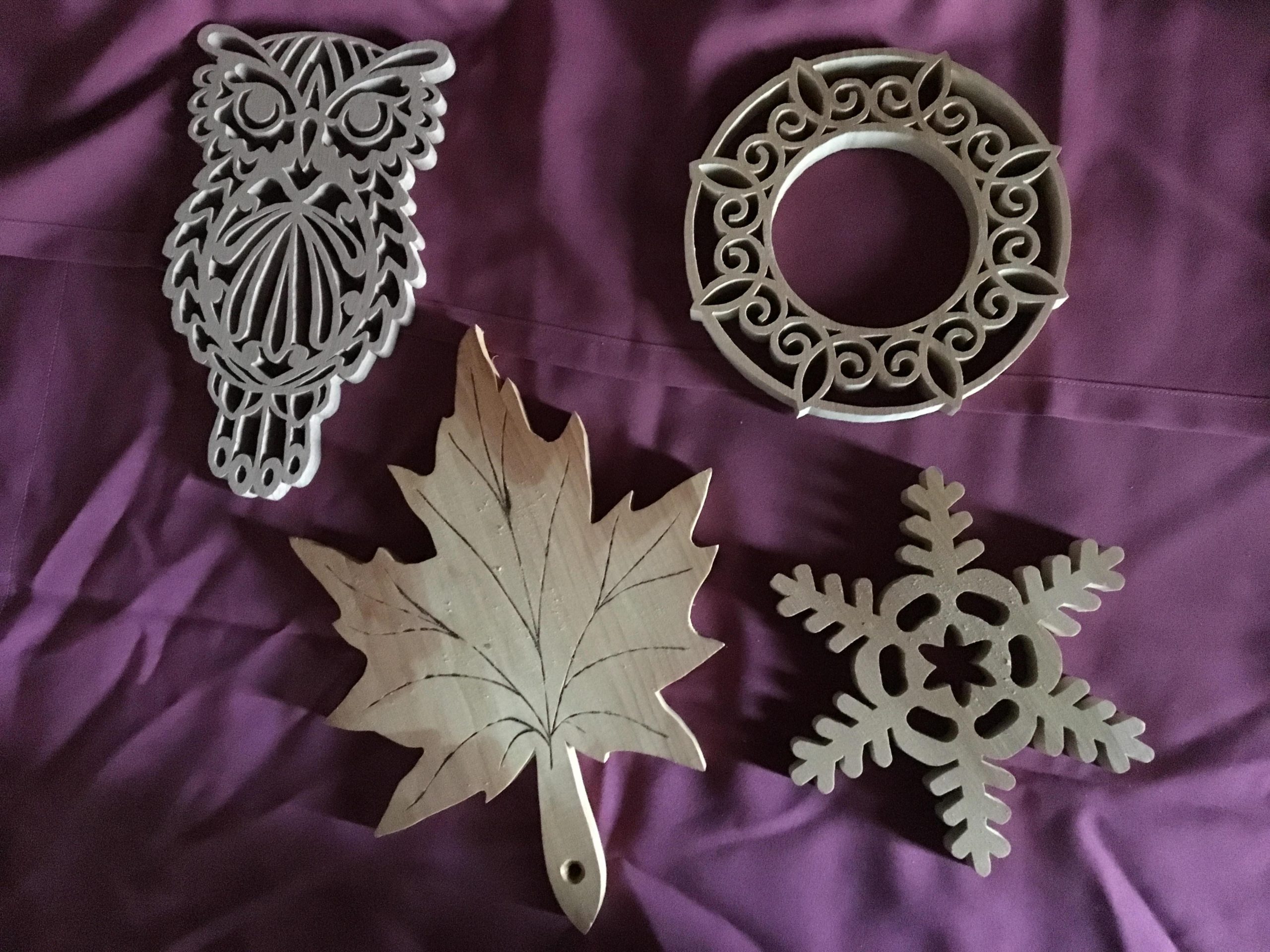 This class is designed for both the beginning and experienced scroll saw user with patterns of increasing difficulty to be used during the day. The first pattern to be completed by the student will have all exterior cuts of varying tightness of curvature. The second pattern will have both interior and exterior cuts requiring the student to become accustomed to frequently resetting the scroll saw blade. The final pattern will require the student to make numerous intricate interior cuts to complete. The patterns shown in the photo are only representative of possible trivet patterns to be used. The owl is the most difficult and should only be attempted by a daring student.

Join the Waiting List We are sorry, but this course is currently full. If space(s) become available, we will notify users in the order in which they requested to be added to the waiting list.